we are everything you need to start, maintain and grow your business 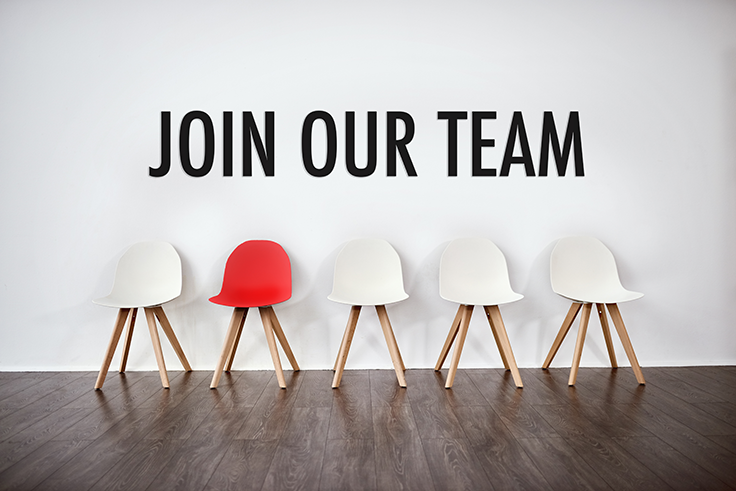 Don’t know WHAT to do?
Membership has choices. 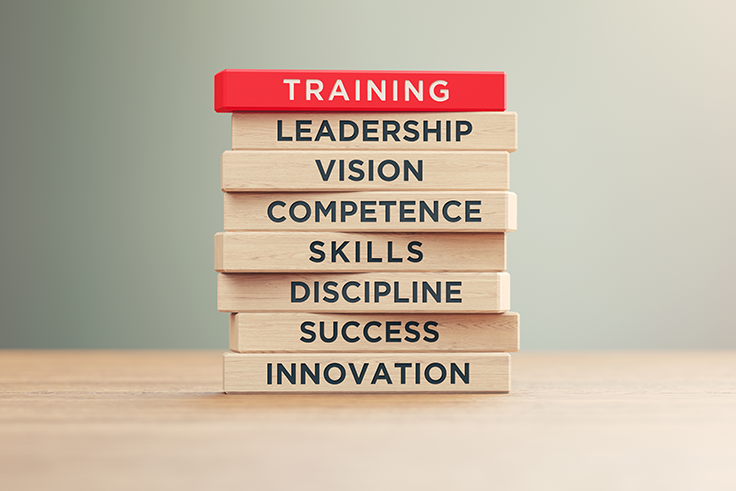 Don’t know HOW to do it?
Membership includes training. 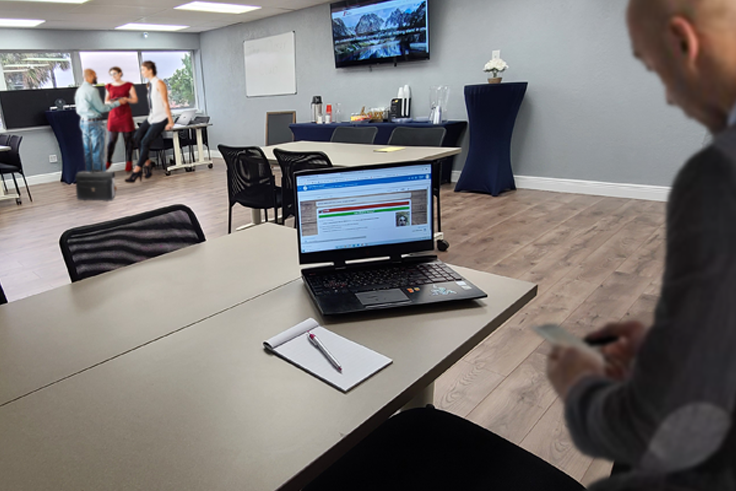 Don’t know WHERE to do it?
Membership includes office. 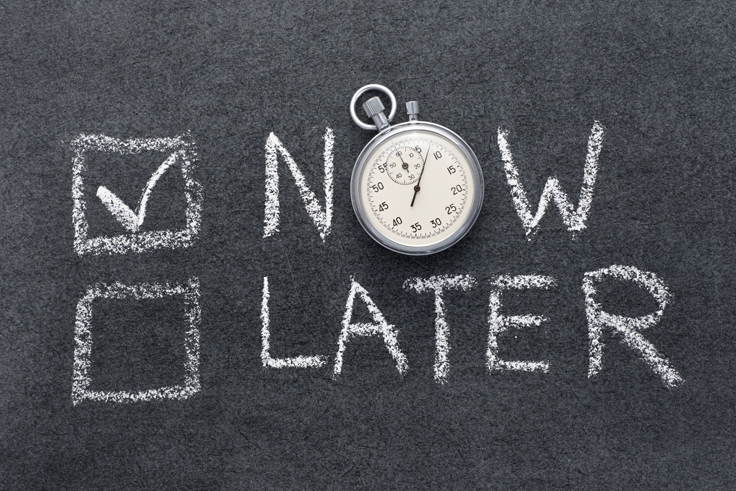 Don’t know WHEN to do it?
Membership is available now.

In 2014 at the start of the Affordable Care Act, AKA Obamacare, many would-be agents got licensed and began struggling to enroll as many people as possible. Unfortunately, most of these early Obamacare agents had no plan and direction. They just knew they had an excellent opportunity and didn’t want to miss out on it. But, as Benjamin Franklin once said, “If You Fail to Plan, You Are Planning to Fail.”

An example of poor planning was evidence when the Obamacare enrollment platform, healthcare.gov, went down within the first twenty-four hours of enrollment. Besides, it would take an agent approximately 60 minutes to enroll a client when it was running. In those days and even now, most clients walk in without an appointment, and you will be foolish to turn them away. But, even if clients had scheduled meetings, the system was so unstable that they would have more than likely spent hours in your office to enroll. That is if you had an office.

An insurance license is not all you need to make it in the insurance world as an entrepreneur. You will also need an office and several tools to help you with marketing and member management. Not to mention a private quoting and enrollment platform to avoid the publicly accessible healthcare.gov, which appeared to go down daily and caused agents hundreds of signups. On the other hand, these tools were not cheap, and the cost would eat into agents’ profits.

As a leading agency in South Florida, 1st Choice took the initiative to help many agents reduce costs by becoming the umbrella under which agents would conduct their day-to-day operations. Every associate began operating under the brand name “1st Choice.” Consolidating into one brand with one goal and, most notably, a business plan to achieve it. Now agents can be promoted through one website, use one client management system, quote engine, enrollment platform, etc.

Essentially, the early actions taken by 1st Choice substantially lowered each agent’s operational overhead and made collaborating more straightforward. The best part is that agent partners are making 100% of the profits. This is what we call being in business for yourself but not by yourself.

Through the progression of consolidating under the 1st Choice umbrella, it became clear that partners would benefit from the use of centralized office space. Once again, 1st Choice took the initiative to create co-working and private offices for further collaborating and client meetings.

The cost of office rental is not cheap. It’s not only the monthly rental fees but the furniture and equipment to include a conference room and networking/seminar room—also wifi, and other office amenities.  In addition, you will also need a receptionist to answer calls, receive packages, and welcome clients while you are busy meeting with other clients.

With the solution from 1st Choice, all partners now have access to a fully equipped office space, which alleviates the cost of start-ups, making it much easier to collaborate and network—creating a supercharged, successful, and motivated business environment. 1st Choice Alliance has become a trusted peer group. Together we are making a more significant impact on the market and in our communities.

In addition, a large section of our Obamacare clients are immigrants, and their immigration documents and statuses could be directly affected by both their taxes and Obamacare.  So it became abundantly clear that all three lines of businesses complemented each other and were all interconnected.

So by 2016, 1st Choice had added two additional lines of businesses: Tax Preparation and Immigration Facilitators. One, it would improve the quality of services offered to our clients. Two, it would keep the agents busy all year and increase agents’ income potential throughout the year.

Once again, 1st Choice took the initiative and created an online training platform to train all current and future agents. 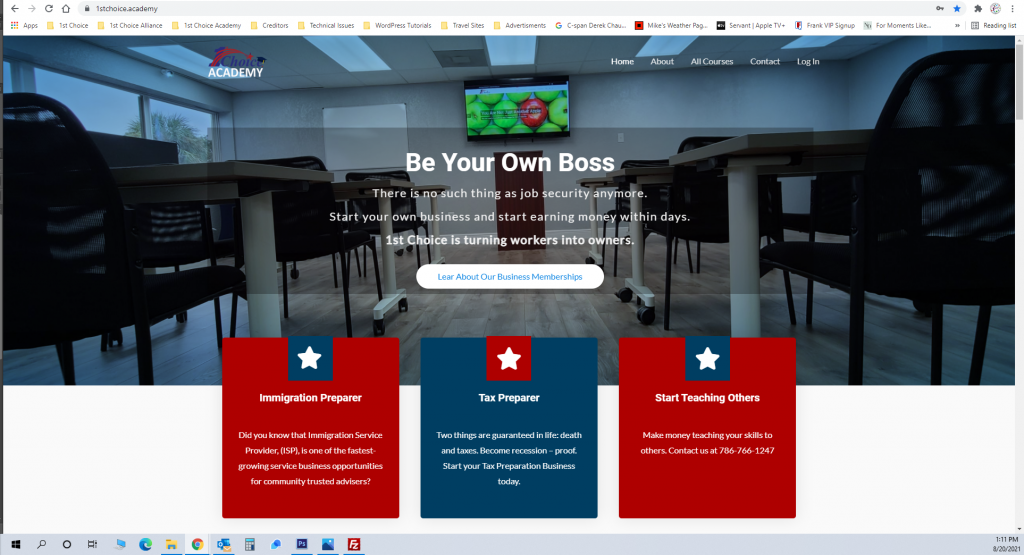 New client Vs. the care of current clients. New clients increase the bottom line, “profits.”  The more new clients you bring on, the more profits you enjoy. However, new clients also represent more customer care because if you don’t attend to the care of your customers, someone else will.

Stagnation is a situation that occurs when total output is either declining or flats out, with no wage increases. To overcome stagnation, 1st Choice introduced the Business Concierge Services. Our concierges help with most customer care issues, like monthly premium payments, setting appointments, starting accounts, data imputing, answering calls, and more, freeing you up to continue to work on new sales and increasing your bottom line or profits. Our Business Concierge Services are what we like to call “stagnation killers.”

Today, we bundled all of our benefits and made them available to your business in simple to start memberships. Becoming a part of 1st Choice doesn’t mean you leave your business to create a new one. It means we join your team and make it bigger, better, stronger. It means you enter the 1st Choice Brand, increase your services, lower expenses substantially, and get help with customer service to avoid stagnation.

1st Choice brings over 21 years of combined experience to your company; we’ve been there and done that. We know the pitfalls, curves, and shortcuts of the industry’s maze. So whether you are contemplating starting, or you are currently a Health and Life Insurance agent, Tax Preparer, or Immigration Facilitator, 1st Choice is your “Choice.” Make no mistake, 1st Choice has the recipe and ingredients to win; the only thing missing is your commitment.

Let’s get in touch!